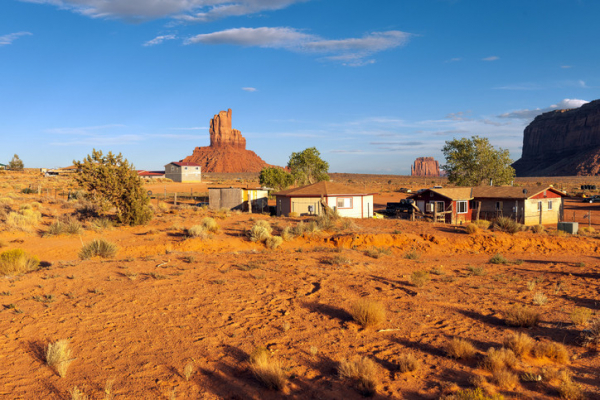 Robbed of ancestral lands, American Indian and Alaska Native tribal communities face an unparalleled housing crisis that pleads for national housing reforms. As victims of centuries of intentional government policies to remove and reallocate lands and resources, many live in third-world conditions that have led to sky-high rates of health problems, ranging from diabetes and cardiovascular disease to chronic liver disease, obesity, unintentional injuries, substance use disorders, violence, and suicides. This paves a path to extremely high rates of disability and prematurely shortened lives.

The stark reality of poverty became obvious when I traveled to my reservation home in Mescalero, New Mexico as a child. There I saw discolored, fractured, or weather-tattered homes, and yards littered with old, rusted, and abandoned cars. According to the National Congress of American Indians, substandard housing makes up 40% of on-reservation housing compared to just 6% of housing outside of Indian Country. On reservations, almost one-third of homes are overcrowded.

As historian Claudio Saunt so eloquently wrote, an “invasion” of approximately 1.5 billion acres occurred in the United States from 1776 until the present. This loss of traditional homelands has had devastating, lifelong effects on housing and living conditions. Poor health outcomes soared among the millions displaced over the past 300-plus years.

Today, as a result of poor housing conditions, American Indians and Alaska Natives struggle from environmental ills that include lead exposure, asthma from poor ventilation, infectious diseases due to contaminated water, sanitation issues, and overcrowding. Mental distress is common. Exposure to pollutants raises risk for lung disease, cardiovascular events like heart attack and stroke, and many other illnesses.

American Indians and Alaska Natives have disability rates 50% higher than the national average, and among people ages 55 and older mobility and self-care disability rates are especially high. Housing that is old, in poor repair, or crisscrossed with physical barriers may not be accessible for many people, preventing them from living independently within their homes and participating fully in community life. This can cause isolation and exacerbate distress and despondency. In addition, unreliable electricity could pose life-threatening risks to people with disabilities requiring ventilator support, and threaten the safety of power wheelchair users (wheelchair batteries must be kept well-charged).

Housing is a well-known contributor to health outcomes and a meaningful lever for health equity. Despite the United States’ promise to assume responsibility for housing and health for American Indians and Alaska Natives in exchange for billions of acres in conceded land, little has been done to achieve positive change. Outsiders may assume that Indians are getting rich from tribal casinos, but that is far from the truth. Many tribes do not have casino revenue. Those who do often struggle to break even, with any earnings canceled out by their tribe’s needs.

Conditions on tribal lands sadly reveal the consequences of historical trauma, poverty, and insufficient federal government support. Each sovereign nation must create sustainable housing projects for its members as determined by its tribal government and housing departments. Federal support varies depending on tribal financial status, resources, and competition from bordering communities.

Seeking national support for these measures could go far:

The US government has a moral obligation to ensure that American Indians and Alaska Natives are allowed to acquire lost tribal lands, and afforded the best housing possible to be successful, join fully in community life, and remain healthy. Last year the US Interior Department reauthorized the regional directors of the Bureau of Indian Affairs to review and approve applications to place land into trust. This represents one important step forward, though hopefully not the last.

No comments to show.